The autologous immunotherapy for the causal treatment of atopic diseases such as neurodermatitis and allergic rhinitis in children and adolescents...

More and more frequently, children suffer from impaired immune defenses - not infrequently from infancy onwards. Allergies are now among the most common chronic diseases in childhood. Today, every third child suffers from one of these diseases, and the trend is rising.

These diseases are usually based on a malfunction of the immune system. Experience shows, however, that it is often possible to regulate an unbalanced immune system with the help of the body's own substances.

For example, the patient's own urine contains important immunologically active components such as protein fractions that strengthen the body's defenses.

This is precisely where the patient-specific immunotherapeutic urexent® comes in. urexent® is a medical drop preparation based on the patient's own urine. To produce urexent®, the immunologically active components are extracted from the urine of the respective patient. They are concentrated and activated and processed into an individual drug that is specifically tailored to the needs of the individual patient. urexent® can have an immunomodulating effect and a regulating influence on the dysfunction of the immune system.

The production of urexent® is subject to the high requirements of pharmaceutical law. urexent® is therefore not to be compared with self-urine therapy. It is tasteless and easy to use. Since urexent® is made from the body's own material, it is very well tolerated, free of chemical additives and cortisone and virtually free of side effects. Therapy with urexent® is particularly suitable for children from infancy to teenage years. In addition, urexent adult® has also been successfully used in adolescents and adults with a mild form of the autoimmune disease.

The age distribution of the treated patients shows the special suitability for infants and small children. 94% of the patients were a few months to six years old at the time of therapy initiation. After the first six months of therapy, a significant improvement in health was observed in 73% of the patients. After completion of the twelve-month therapy, sustained full remission (freedom from symptoms) or partial remission (significant improvement of the disease state) was achieved in 85% of the cases. These treatment results can be shown over a period of four years so far - observations on long-term success are currently being conducted. 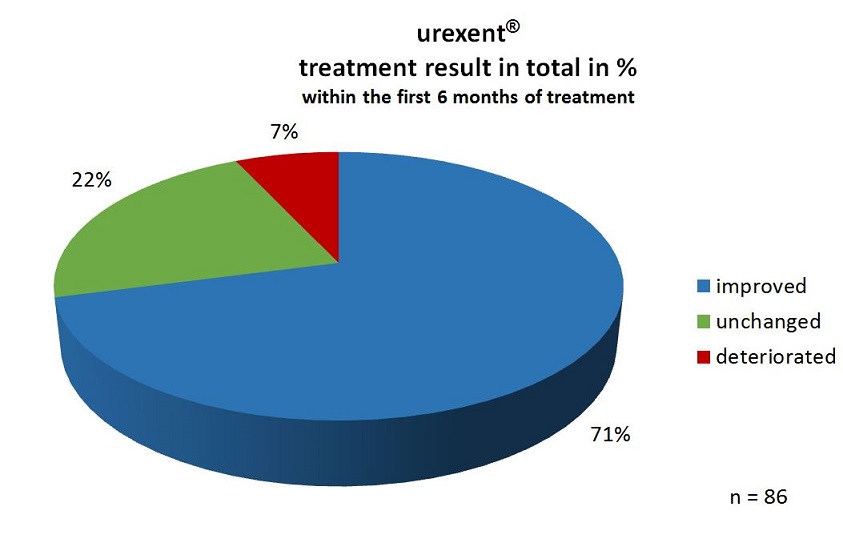 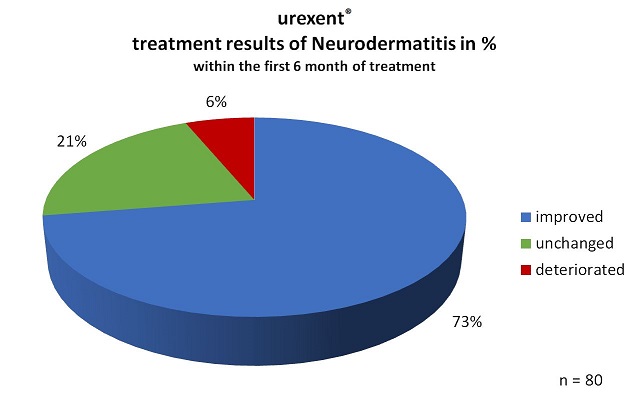 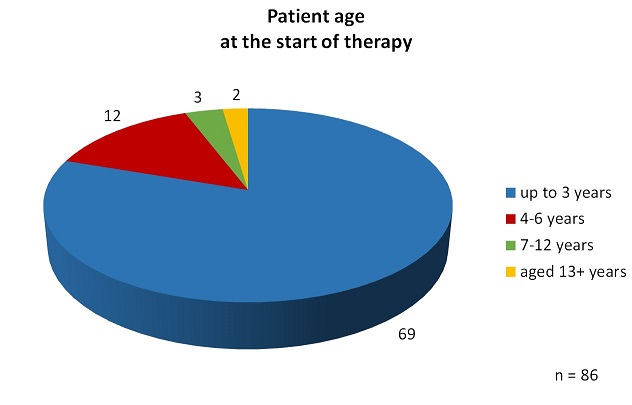 The patient receives the personalized drug urexent® produced especially for him/her in the form of oral drops. By slowly increasing the dosage, the body gradually adapts, and it can thus develop its immunomodulatory properties in a well-tolerated manner. According to an individual dosage plan, the number and strength of the drops is increased according to a specific schedule.

The preparations are also offered as inhalation or nasal spray. Application in this form is usually in addition to the actual therapy in the form of drops.